Sri Subrahmanya Sabha was established around 112 years ago, in 1908 at a remote village called Kadaba, DK District.  The organization was established with a main objective to encourage education among the youth, as during that time, education to younger generation was a hard task because of poverty, lack of remunerative jobs, large family to feed with limited resources.

Sri Subrahmanya Sabha, in addition to its main objective, taken initiative to provide developmental activities to its members, bringing them together under one roof for various activities like Poojas, Upakarma, get together  etc., Sabha was also intended to bring uniform cultural behavior among Sthanika Brahmin.

With the grace of Lord Subrahmanya and blessings of The Acharyas of Sri Shringeri Mutt, the Sabha has grown beyond everybody’s expectations and meeting the aspirations of Sthanika Brahmins, living in India and abroad.

During the initial stage, the Sabha didn’t have its own land or building. Sri Kudpi Bhujanga Rao, son of Kudpi Padmanabhayya, a successful business man, having his business empire at Bombay and a helping hand to all who are in need, donated funds to the Sabha to purchase a land and the land so acquired, where the Sabha now functions, was  named as “Kudpi Padmanabhayya Gardens”.  With the donations collected from the Sthanika community, a building was built on the site and dedicated to the society on May, 1959, by Sri. Kdupi Bhujanga Rao. 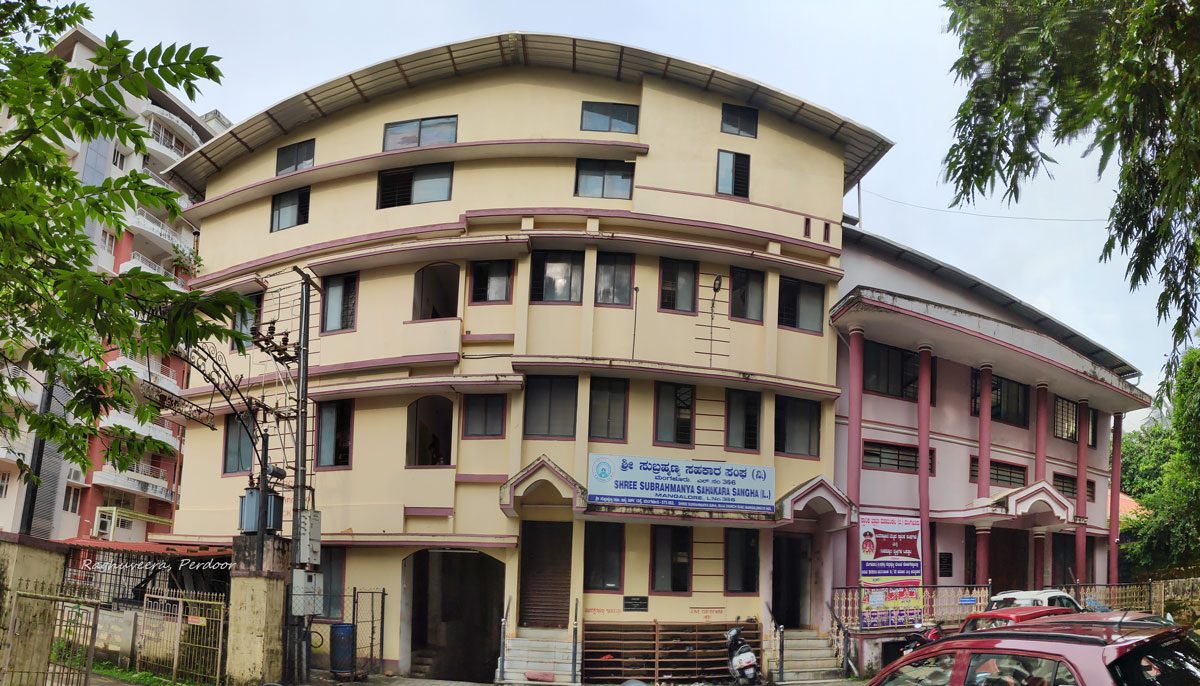 The year 2007-08, was the Centenary Year of Sri Sabha. To celebrate the occasion in a grand way, Sri Sabha, decided to have a specious building which will help the community in particular and public in general. Keeping this noble cause in view, on 24.10.2004, His Holiness Sri. Sri. Brahmananda Saraswathi Swamiji, Head of Chinmaya Mission, Karnataka, laid foundation stone for renovation / reconstruction of all the existing buildings of Sabha. A new hostel building to accommodate about 140 students, a separate community centre, with all amenities for conducting social functions with kitchen and dining facilities were built in the memory of Sri Kudpi Bhujanga Rao and completed in 2008. On 11.05.2008, His Holiness Sri Sri Bharatheethirtha Mahaswamiji of Sri Sharada Peetham, Sringeri, inaugurated the Centenary memorial hall and blessed our community on the occasion.

Sri Subrahmanya Sabha, also promoted a Charitable Trust, to avail the benefits of Income Tax to the Donors, who generously donate for the noble cause of the Sabha and named it as “Sri Subrahmanya Sabha Charitable Trust”. The Trust is rendering service in promoting education, social and religious activities. The donation made to this trust is exempted from income tax under section 80G of IT Act.